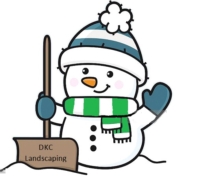 Once again DKC Landscaping is getting ready to prepare for the next forecasted snow. This includes making sure there are more than enough shovels ready to use and available for when the snow labor crews spring into action.

Safety: But first and foremost, please keep in mind that you should:
• Take it easy
• Use your legs for lifting
• Make sure you are properly dressed (preferably in layers)
• Always throw the snow downwind

First Shovel: The first shovel was recently discovered and dates to the Bronze Age (3,000 – 1,000 BC). A wooden shovel was only discovered at Alderley Edge copper mines in Cheshire and has been dated back to approximately 1750 BC.

Shovel and Plow Patents: One of the first patents for the snow shovel shape is accredited in 1889 to a woman named Lydia Fairweather. More than 100 patents have been granted to inventors of different shaped snow shovels since 1870. The first patent for a lighter, plastic snow shovel was granted in 1939 to a Robert A. Smith. In the early 1920s, Norwegian brothers Hans and Even Overaasen and New Yorker Carl Frink invented the car-mounted snow plows.

What Type of Shovel Do I Need?

Standard Shovel:
The standard shovel is the most common choice for snow removal. Standard shovels usually have a plastic blade and a handle that is made of wood, metal, or plastic. These shovels are designed mainly to scoop up snow and toss it out of the way. Although the traditional shovel does not have many frills or features, it is an efficient snow removal tool.

If the snow is light and fluffy, a great shovel is the Snow Push Shovel. It is not effective if you have no where to push the snow or if the snow is heavy or mixed with ice. It reduces back strain because you are simply pushing the snow out of the way. It is not necessary to lift the snow.

If you experience back pain, or would like to prevent back issues, a shovel with an ergonomic handle may be the right choice for you. Their bent handles are engineered to help users scoop snow while in an upright standing position, eliminating the need to bend at the waist or put pressure on their backs.

On the Lighter Side (aka Dad Jokes):
Q: What do you call a Buddhist monk who meditates in the snow?
A: Fro-Zen.

Q: I was going to tell you a joke about snow.
A: But it’s a bit flaky.

1 and 2 went out for a walk in the snow.
1s hands got so cold that they went numb.
2s hands and feet both got cold, so he was even number. 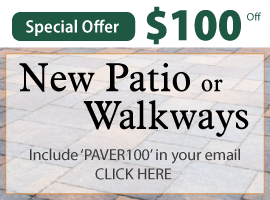 Have a Project in Mind?

Avoid Costly Pipe and Valve Repair – Why Winterization is so Important

Bucks County winters can be harsh, and they can wreak…

How to Properly Plant a Tree

Best Time to Plant Trees? Some say spring, others say…

As cold weather approaches, there are several things you need…

Why Do I Need to Fertilize my Trees?

2 Secrets for a Beautiful Lawn – Aeration and Overseeding!